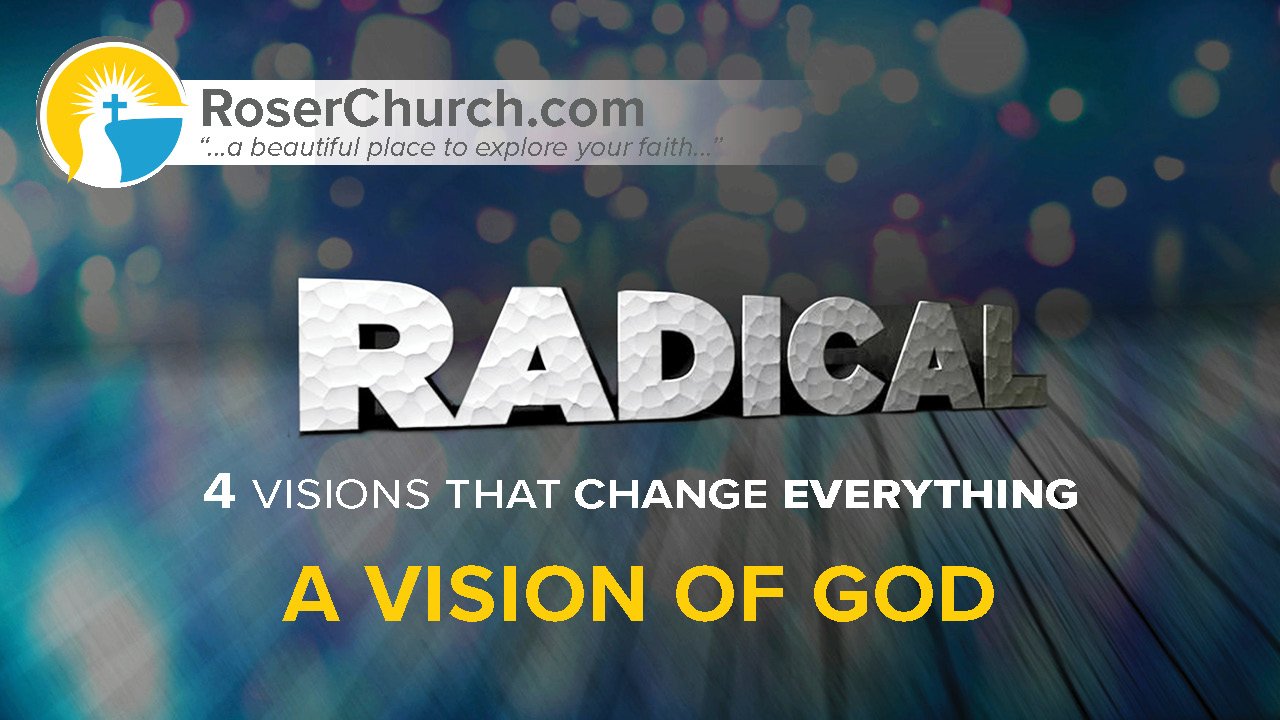 On Sunday, June 5 Pastor Dirk began a new Sermon Series: RADICAL: Four Visions that Change Everything. In the first sermon from Ezekiel 1:1-9, A Vision of God, we followed a vision of our awesome God revealed to Ezekiel.

MONDAY: To continue this reflection, we look at a vision revealed to Moses through a burning bush, when God speaks to His servant, like one would speak to a friend.

TUESDAY: We continue our reflections on extraordinary visions that God has given to His servants when He calls them to do a big job. Today, we look at the vision revealed to the prophet, Elijah. God used him in powerful ways, but sometimes he too had his doubts. God responds to these doubts with a different kind of vision.

WEDNESDAY: In this vision, God emphasizes His holiness. Given His absolute righteousness, how can we enter His presence, let alone serve Him. God has a solution for the servant He calls. He understands our weakness and imperfection, and He provides a way to heal us from them.

THURSDAY: In Daniel’s chaotic world, where kings and kingdoms are rising and falling, God reveals an eternal King, an Anointed One, far more resplendent than than his vision of other kings. The vision of this Man reminds Daniel that God is sovereign, with a sovereign plan for His people realized through this Anointed One.

FRIDAY: As a disciple of Jesus, John had known Him as a man, in human flesh, suffering pain, tiredness, injustice and betrayal. Now, he sees Jesus in a new light, as the promised “Son of Man” and Son of God, the glorious one anointed to bring God’s kingdom to earth.

Roser Church is located near the Anna Maria City Pier at 512 Pine Avenue on beautiful Anna Maria Island. For more information call the church office at 941-778-0414, email info@roserchurch.com, go to roserchurch.com or find us on Facebook @roserchurch.